At the beginning of December the BBC posted this video featuring Abel from Lima, Peru who is using nets to

In an unfortunate turn of events, Morrisons is to put an end to its much discussed “misting machines” as CEO Dalton Phillips steps down from his role after unfavourable market results.

The fog (mist) machines, supplied and maintained by Norman Pendred and Co, were part of Phillips’ strategy to revitalise the stores fortunes, with a focus being placed on value and quality of fresh produce.

The mist has certainly been a talking point on social media, with many praising not only the theatrical effect but also recognising the benefits the fog made to the fresh produce. 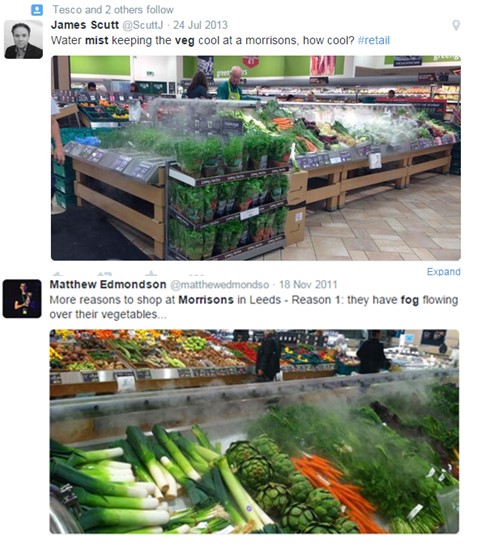 Contrary to some opinion, the Tru-fog system is not just for show. The micro fine droplets produced by the Pendred foggers is able to permeate the produce and naturally rehydrate it, keeping vegetables and fruit fresher and in optimum condition. The fact it looks great is, it would seem, an added bonus.

***Information on the benefits of fogging/misting can be found at www.pendred.com/retailfogging/ and the Pendred Youtube channel https://www.youtube.com/watch?v=6NTH1HaLSoE featuring time-lapse videos that illustrate the benefits of fog/mist for fresh produce.)***

The removal of the fogger/mist systems from the stores has been met with some criticism, with store customers taking to twitter to express their displeasure: 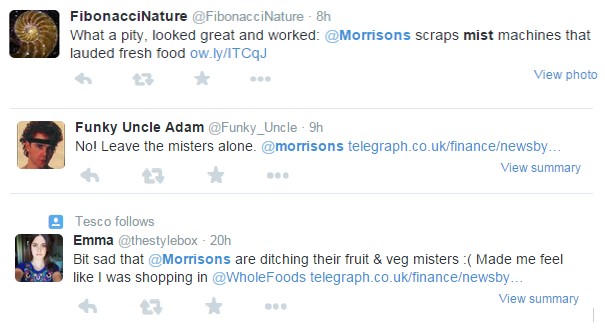 It does seem a shame to do away with these systems despite the product-quality and theatrical benefits they provide, though the decision to remove them is seemingly more to do with the erasure of Dalton Phillips’ legacy.

The retailer calls the change a “going back to basics, using simpler refrigeration techniques”.

This reasoning led to the suggestion that misting systems were too upmarket for Morrisons’ clientele and moved them away from their traditional customer base, a claim that Mr Phillips staunchly refutes. Some even seem a bit offended by the idea that the misters are “too posh” for their custom:

Things did seem to be on the rise for Morrisons, with the retailer recording better sales than was expected for the 12 weeks to the 1st February (According to Kantar Worldpanel), with sales down by just 0.4 per cent.

With a new man at the helm in the interim time will tell what the future holds at Morrisons.